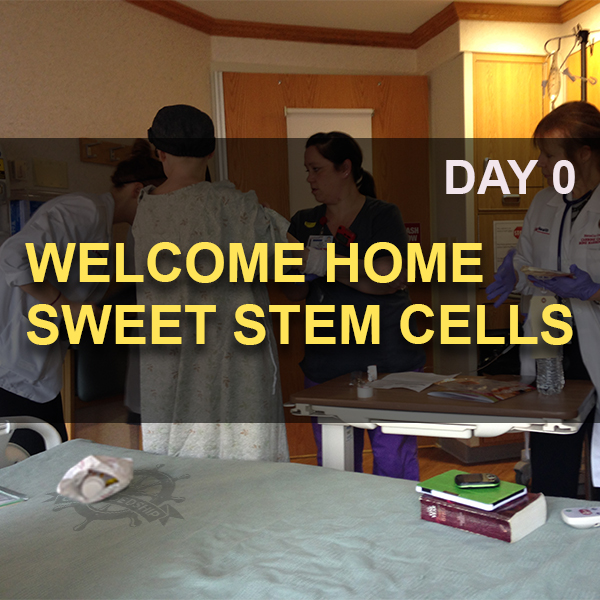 What a build up!  For months we’ve been anticipating a stem cell transplant, and the entire process took about 15 minutes as a few nurses and doctors floated around Linda in her new (and rather tiny) home for the next few weeks.

They connected the bag (picture below) to her newly inserted pick line, and fifteen minutes later, and one empty stem cell bag . . . wah-lah . . . her stems cells are back home!

Now Linda settles into the boredom of her new routine . . . and I settle into my new corner office.  I always thought having a corner office would be pretty cool . . . not quite what I imagined. 🙂

The test results for Linda’s first bone marrow biopsy revealed that 53% of her cells were cancerous plasma cells.  She had a second bone marrow biopsy this last Monday and the results came back that the cancerous cells only made up 3% of the cells in her bone marrow. I’m almost certain that I’m saying something wrong in that explanation, but the main point . . . that’s really good news!!! 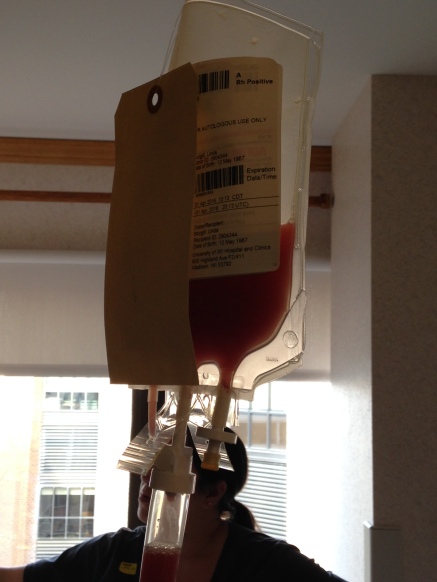 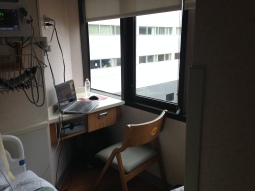 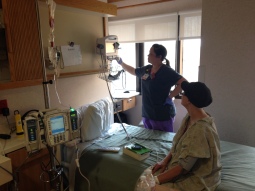 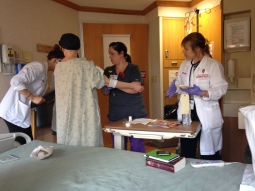