I have to admit I was a little bewildered as my uncle handed my aunt a brush wrapped up in a plastic bag.  At a quick glance the brush seemed filled with hair, and there appeared to be a whole lot of wear on the brush itself. I didn’t give it much more thought – the Rehfeldt family is known for being a bit odd – but the significance of the brush quickly came out as my Aunt told me that it was Grandma’s hair brush.  It’s one of the few items that have remained behind of my most wonderful grandma’s earthly belongings.  When grandma passed away a few years ago, every earthly possession she had became quite important and has been divided among 12 children and more than 50 grand children.  I suppose that some of the great-grand children have jumped into the fray as well. So then, I suppose this brush will be kept as a physical reminder of our precious loved one.

This interchange took place at my Aunt Carol’s funeral this last weekend.  It was a funeral that only a Rehfeldt family could conduct and it be deemed appropriate.  I had quite the challenge attempting to explain to my kids when I got home why I laughed way more than I cried.  Many memories were shared by different family and friends, but one that came up a number of times was the fact that my Aunt often gave her family little gifts that she acquired through the diligent rummaging of Thrift Stores.  A 20 cent calendar here, a pot holder there . . . and it seemed that everyone had at least one little gift that was from Aunt Carol.  She didn’t have much money and what she did have she attempted to use in the purchasing of little gifts for others.  I suppose many of those gifts may not be used often or even cherished presently, but I’m almost positive that each of those people will withhold at least one or more of those gifts from being tossed away . . . so that they can have one more physical reminder of a precious loved one.

Which brings me to the blanket in the picture above.  I think it’s been over 20 years ago that I was given that blanket by my dear Aunt Kathy, the namesake for our Molly Kathleen.  I’m pretty sure she had gotten it from a garage sale or something along those lines.  It probably wasn’t something precious to her, but she gave it to me when I stopped by their house on route to my first apartment following college graduation.

She gave me the blanket and an old phone desk.  The phone desk, which has and will continue to sit in my home, is usually accompanied by the blanket and a little picture of Aunt Kathy.  I absolutely love the blanket, but as you can see it is beginning to be quite torn.  My kids know to not use it.  If anyone is going to tear it, it’s going to be me :).  There have been many mornings that I have woken up to find my foot sticking through one of its’ newly formed holes.  I can barely fold it without harming it . . . yes, Linda, that is why I don’t fold any blankets . . . because I’m trying to protect them from being ruined.  At some point it will probably find it’s way back to its’ desk to be left appreciated but untormented.  A desk, a chair, and a blanket . . . all physical reminders of a precious loved one.

So then, often our most precious possessions end up being the least valuable.

I often struggle in attempting to explain how much I appreciate the family that God has gifted me.  I do realize that what I possess in those precious, albeit bizarre, family members is a rare blessing in the world in which we live. I do not undervalue or take it for granted.

I suppose whoever’s left in this rather odd and often embarrassing family is likely going to end up with a room full of really precious, but incredibly awkward stuff. 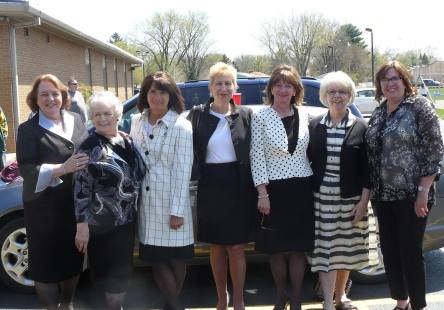 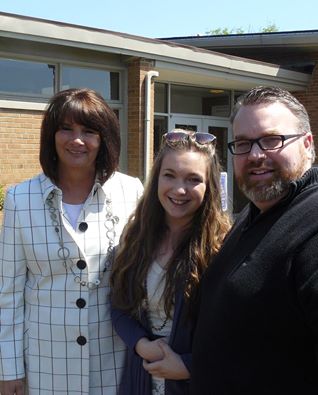